Inspirational articles, quotes, reflections and information to encourage you.

5 Minute Guided Meditation You Are Safe

5 Minute Guided Meditation You Are Safe is a guided meditation that can give you a feeling of peace, calm, and safety in a world going through crisis and turmoil. Enjoy and relax as you follow your breathing on the video and listen to the guided reverie. You don’t have to keep your eyes closed. You can also stare at the fire. Human beings have been staring at fires for thousands of years.

END_OF_DOCUMENT_TOKEN_TO_BE_REPLACED

Change Your Life in 40 Days

How to Forgive Yourself Or Someone Who Hurt You

How to forgive yourself or someone who hurt you becomes possible with this powerful 40-day healing meditation. It even provided healing for a person with a terminal illness. Of course, there’s no guarantee that it will heal you. However, I’ve found it wonderfully helpful in my life for healing my guilt over hurting someone I love and also for relieving the anger and bitterness I feel against someone who hurt me.

END_OF_DOCUMENT_TOKEN_TO_BE_REPLACED

Kristine Ellingson tells her stories about life in Tales from the Yucatan Jungle. She describes how she needs to get away after a devastating marriage breakup, but she doesn’t lose heart.

END_OF_DOCUMENT_TOKEN_TO_BE_REPLACED 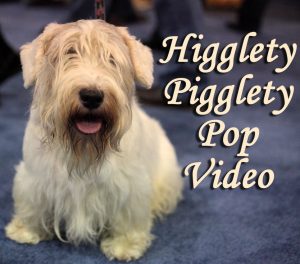 I don’t know which version I like best. This one, with the enchanting scenery and characters, or the audio version of the previous post. Perhaps, the audio triumphs, because you can see the story in your own mind. Often the story in your mind develops characters and scenarios better than someone else’s rendition. Nonetheless, I highly recommend this video and think you’ll like it too. It has an English sound track and French subtitles:

END_OF_DOCUMENT_TOKEN_TO_BE_REPLACED

There Must Be More to Life 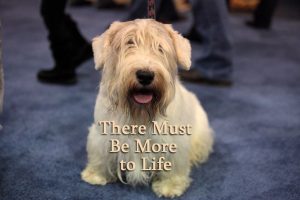 “There must be more to life than having everything,” says Jennie, a discontented Sealyham terrier. So, she leaves home carrying her black leather bag with the gold buckles. She discovers that even though she has everything, she’s missing Experience. Unfortunately, she needs Experience in order to fulfill her aspiration of being the leading lady in the World’s Mother Goose Theater. And so begins her trek to find Experience, a word she doesn’t even comprehend, “Never heard of it.”

END_OF_DOCUMENT_TOKEN_TO_BE_REPLACED

To be Thankful for so many things in our lives

I find that on those days when things don’t work out, or I’m not feeling well, or I’m surrounded by grumpy, pushy people, it really helps to think about those things in my life to be thankful for.

We yearn for forgiveness: both for ourselves and also to be able to forgive those who have wronged us.

As you’ve probably found, if you don’t forgive those who have hurt you, you continue to suffer. The person no longer hurts you. Now, you hurt yourself.

Unbidden, you find the uncomfortable memories rearing up in your mind. In fact, you may dwell on the memories, complain about the person to others, and even plot revenge.

Meanwhile, the person who hurt you doesn’t even know. That person may even be dead!

END_OF_DOCUMENT_TOKEN_TO_BE_REPLACED

In this banned TED talk, The Science Delusion, Rupert Sheldrake, Ph.D., biologist and author, names ten constants we believe in science as religion. Then, he shows how two of these constants are not really so.

I love this TED talk, because it shows up our culture’s beliefs in the findings of science as if they are constants. Whereas, real science is constantly making discoveries that change previous findings.

This is comforting to me since I’m constantly amazed that the media announces new scientific discoveries as if this latest information is the ultimate proof and solution to a certain problem. The public seems to forget that previous scientific discoveries were hailed as the ultimate proof and solution to the same problem years previously. Every time a new discovery is made, it is treated as if this is the ultimate truth. In reality, it’s merely the latest discovery on the way to a greater understanding of reality.