Can HUMANS REINCARNATE as ANIMALS

Can humans reincarnation as animals? Do you think transmigration is weird? That’s when you reincarnate into an animal body instead of into a human body. Well, I think it’s weird. Or, anyway, I thought it was weird, until I realized that I had past life memories of having been a frog in Atlantis. In this video, I reveal reincarnation stories and the connection between transmigration and myth.

END_OF_DOCUMENT_TOKEN_TO_BE_REPLACED

Proof of the Afterlife in Egyptian Ruins?

Proof of the Afterlife in Egyptian ruins? Paintings in the pharaoh’s tomb illustrate proof of the afterlife based on past life memories of having been an eternal Light Being or Soul in Atlantis.

END_OF_DOCUMENT_TOKEN_TO_BE_REPLACED

Past Life Memories of Atlantis: An Alien on Earth

Past Life Memories of Atlantis include a first experience on earth as a Light Being Alien, building the Great Pyramid, and “falling into the serpent’s mouth.” Travel to Egyptian and Mayan ruins unearths images that confirm the memories.

You’ll see how the various types of videos on this blog site—from Dream Interpretation, to Working with Nature Spirits, to Atlantis Past Life Memories, to paintings in the pharaohs’ tombs, to the feathered serpent in Mayan ruins–fit together in an understanding of the exploits of a Light Being (Alien)’s exploits on earth. It all leads to an understanding of a different reality.

If any of this video resonates with your experiences, past life memories, dreams, or gut feelings, please comment in the section below. Do you think we were once Light Beings or aliens? Do you feel as if you’re one of the Golden Ones? Have you had an amazing dream that came true? I’d love to hear from you.

END_OF_DOCUMENT_TOKEN_TO_BE_REPLACED

REINCARNATED from ATLANTIS: Are You One of the Golden Ones?

Reincarnated from Atlantis? You may be one of the Golden Ones. They are souls who decided, during the time of Atlantis, to reincarnate now, when we are again, on the brink of self-annihilation.

The Golden Ones have reincarnated now to be of help and to bring in a new world of peace on earth.

According to the Archangel Guides in my hypnosis sessions, it is my purpose to, “Awaken the Golden Ones.”

END_OF_DOCUMENT_TOKEN_TO_BE_REPLACED

Monster Mouth at the top of the Uxmal Pyramid of the Sorcerer, Photo by and  Copyright 2008 Miriam Balslely, Used with Permission

An archaeological expedition found two ancient Mayan cities, including a monster mouth doorway, in the southeastern corner of the Mexican state of Campeche.

Take a look at the monster mouth photo on the right. Please notice the eyes the ancient Maya sculpted into the rock. They’re just above and on either side of the doorway. The doorway represents the mouth of the monster and will take you into a dark cave-like room.

This monster mouth doorway discovery in Campeche excited me not only because of the find, but also because of what the archaeologist said about it. It sounded very much like a description of one of my scariest memories of Atlantis.

END_OF_DOCUMENT_TOKEN_TO_BE_REPLACED

Did ancient indigenous people create the Ohio Serpent Mound with Egg in memory of Atlanteans traveling to North America?

In my past life memories of Atlantis, I looked like a glowing egg. In addition, I’d fallen into a serpent’s mouth and flew through the atmosphere to land at another location on earth. Therefore, I’m always interested in images created by ancient peoples in which a serpent has an egg in its mouth.

END_OF_DOCUMENT_TOKEN_TO_BE_REPLACED 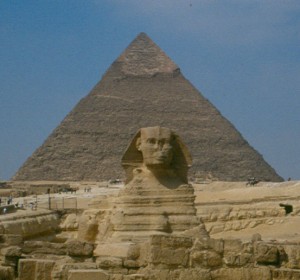 monuments. Of course, for me, the biggest prize would be a secret room in or beside either the Great Pyramid or the Great Sphinx.

Therefore, when I read that Egypt Antiquities Minister Mamdouh el-Damaty agrees with British Egyptologist Nicholas Reeve’s contention that a queen could be buried behind the wall in a secret room in King Tut’s tomb, I take note. My thought is that, if there’s possibly a secret room in King Tut’s tomb, according to the NBC news article Egypt Says King Tut’s Tomb May Have Hidden Chambers, there may also be hidden chambers in other ancient Egyptian monuments.

I’m especially excited because of my past life memories of people from Atlantis traveling to ancient Egypt. Due to these reincarnation memories being so vivid, I traveled to Egypt to see the ancient Egyptian antiquities I’d revisited in my previous incarnations. I wrote about my adventures discovering images in the pharaoh’s tombs that illustrated my past life memories in Arrival of the Gods in Egypt. Among many other unusual concepts I present in that book, I talk about a secret, undiscovered room under the 2nd Great Pyramid. This is not the famous Great Pyramid–but the pyramid that’s in the middle of the three great pyramids and is connected to the Sphinx by a causeway. It’s the pyramid in the photo behind the Sphinx in the photo above.

This is like my experience in Atlantis managing the relationship between the electromagnetic field and gravity into a unified field. It was my task to be aware of the fluctuations of gravity and correlate them with the electromagnetic field to provide power in Atlantis. One of the results of this power was levitation. I describe my experiences in Atlantis in my book When We Were Gods, which is the updated version of The Golden Ones.

The Mayan Monster Mouth at the entrance to the tomb in the pyramid at Ek Balam. Photo courtesy of Miriam Balsley, used with permission.

This is the first time I’ve seen a scientist saying that the Mayan monster mouth sculpture symbolizes the entrance to the underworld.

All along, during my travels in Yucatan searching for corroboration of my memories of Atlantis, I’ve been wondering if the monster mouth was actually a large serpent mouth, the kind I fell into in my Atlantis past life memories. I describe my scariest memory of Atlantis in both When We Were Gods and also Arrival of the Gods in Egypt.

In other words, I wonder if the monster mouth sculptures were made by the ancient Maya as a handed down memory of visits from Atlanteans to Yucatan.

In my Atlantis past life memories, a huge serpent mouth was sticking out of the earth as if it was the entrance into the underground. It’s always baffled me that after I fell into the serpent mouth, I was next flying through space from a crumbling Atlantis to geologically safe lands.

This article is very exciting, because the scientists say they believe the monster mouth represented an entrance into the underworld, just as I’d experienced in my past life regression. It also asserts my assertion that many of the Mayan myths are actually handed down memories of the colonization of Yucatan by people from Atlantis.

Take a look at this article on the discovery of a couple of new ruin sites in southern Mexico, Two ancient Mayan cities found in Mexican jungle.

It’s especially exciting because of the following paragraphs:

They also found a facade featuring a monster-mouth doorway, which probably marked one of the main entrances to the center of the city. Photographs from the sites showed stone pyramids jutting out from beneath dense foliage.

Another spoof on the lost city of Atlantis

I love these spoofs on the lost city of Atlantis. This latest article quotes a public official Bryan Neptune (chuckle, chuckle) of the “flooded metropolis” as saying that the federal government just doesn’t care about the citizens of Atlantis, especially since it’s been four millennia since Atlantis first became covered by flood waters.

Athanasius Kircher’s Map of Atlantis (c.1669). Note that north is at bottom. This image is in the public domain, because its copyright has expired.

In the “Lost City of Atlantis; “we’ve been completely forgotten” online article at New Bisquit, it appears that citizens of the United Kingdom community of Somerset feel their flooding situation has been overlooked by the British Prime Minister David Cameron and (tongue-in-cheek) have likened their predicament to the lost city of Atlantis. Take a look at the article for some entertainment.

For first-hand past life memories of the lost city of Atlantis, take a look at my book, When We Were Gods. In it I recount my experiences when I went to a hypnotherapist to lose weight. When she put me in deep hypnosis, I not only connected with past lives that contributed to my present problems with overweight, but also the fabulous world of Atlantis. My reincarnation memories also included problems with the Great Crystal leading to earth upheavals in Atlantis.