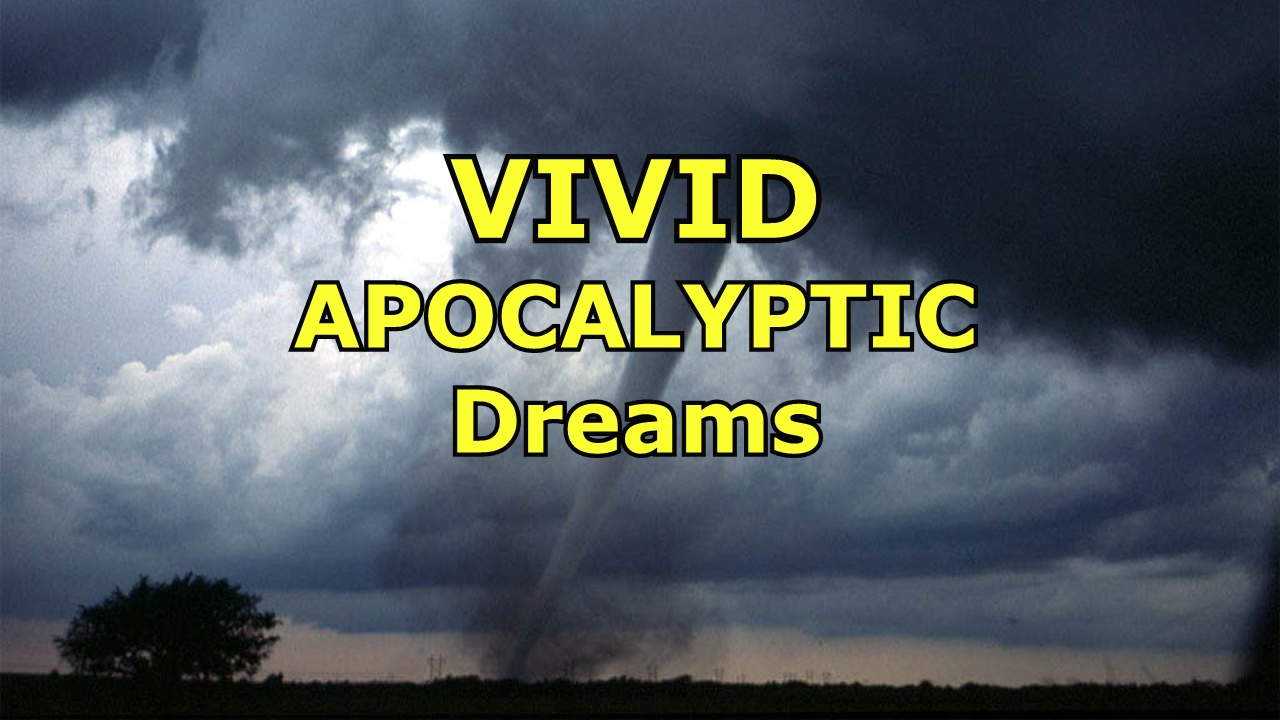 Vivid Apocalyptic Dreams – What Do They Mean?

Vivid Apocalyptic Dreams often occur during times of great change, such as during pandemics, hurricanes, tornadoes, tsunamis, and other world-changing events. Frequently, upon awakening, the dreamer fears that their End of the World Dream means the world will actually end. However, the dream meaning of a vivid apocalyptic dream may be quite different. In the video below, I explain the likely End of the World Dream meaning.

To help you understand your dreams better so that you can apply the meaning to improve your life, I invite you to download my free 3-Step Creative Dream Interpretation Checklist at this link. Click Here.

Two More Blog Posts of End of the World Dreams

In the video, I invite viewers to take a look at my blog post on End of the World Dreams. As it turns out, I actually have two blog posts on the meaning of Vivid Apocalyptic Dreams. Just click on the images below. By the way, I have a timeline of the video and attributions for images used in the video below the blog post links:

Dream Interpretation: End of the World

TIMELINE of the End of the World Dreams Video

ATTRIBUTIONS for Images and Video Footage in the Video

PHOTOGRAPHS (in order from beginning to end)

Description: One of several tornadoes observed by the en:VORTEX-99 team on May 3, 1999, in central Oklahoma. Note the tube-like condensation funnel, attached to the rotating cloud base, surrounded by a translucent dust cloud.

THE RIM FIRE in the STANISLAUS NATIONAL FOREST near in California began on August 7, 2013

Caption: a photograph of 2004 Tsunami in Ap Nang ,krabi province in Thailand and it’s dangerous Tsunami

The TRIUMPH of DEATH by Pieter Bruegel The Elder

Caption: Pieter Bruegal the Elder painting The Triumph of Death depicting the results of a pandemic, circa 1562