Category Archives for "End of the World/Earth Changes"
0

When We Were Gods Table of Contents

When We Were Gods: Insights on Atlantis, Past Lives, Angelic Beings of Light and Spiritual Awakening

Part I: When We Were Gods

Chapter 1: The Man of my Dreams
Chapter 2: Trouble in Paradise
Chapter 3: In the Beginning
Chapter 4: Fat Karma
Chapter 5: The Vision
Chapter 6: The Golden Ones
Chapter 7: God is Greater
Chapter 8: The Light Without
Chapter 9: The Dark Force
Chapter 10: The Light Force
Chapter 11: The Life to Come
Chapter 12: Love of the Physical
Chapter 13: Going Crazy
Chapter 14: A Message From Pan
Chapter 15: Flying Snake
Chapter 16: The Fifth Root Race
Chapter 17: The Brotherhood
Chapter 18: The Tower and the Crystal
Chapter 19: Snake Transportation
Chapter 20: The Great Pyramid
Chapter 21: When We Were Gods
Chapter 22: Death is the New Thing
Chapter 23: Feathered Serpent
Chapter 24: A New World
Chapter 25: Epilogue

Read more about When We Were Gods.

I notice that people are still buying the End of the World 2012 movie on Amazon. Actually, it does contain many good travel scenes of Yucatan, including the Chichen Itza Feathered Serpent Equinox event, Mayan ruins in Coba, Uxmal, and Palenque, and Chicxulub, the site where the comet hit 65 million years ago, which led to the extinction of the dinosaurs. In any case, if you’re wondering why the world didn’t end on December 21, 2012, this movie has the answers.

Want to know what the actual 2012 Mayan prophecy said? 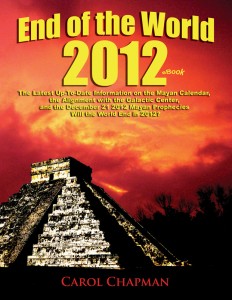 So many popular authors wrote about and spoke about the 2012 end of the world prophecy as if they knew all about it. They made many predictions about the world’s end or transformation.

If you want to know what the actual Mayan prophecy said,  take a look at my video, End of the World 2012 Movie. It’s now in downloadable and 7-day rental as well as DVD form from Amazon. The download and rental are very reasonably priced.

You might be surprised to discover the truth. The video includes interviews with experts on the Maya such as Dr. Robert Sitler, Director of Latin American Studies at DeLand University in Florida.

Children create so much happiness! 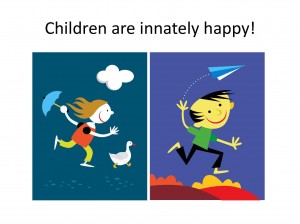 In my concerns that the extensive 2012 fears could create problems on earth, I forgot about all the children. They so easily bounce back from frustrations into their innate kinship with happiness!

Did the world not end, because 90% worldwide didn’t care about the 2012 prophecies?

When I asked my question a couple of days ago, “If thoughts are things, and 10% worldwide thought the world would end on December 21, 2012, why didn’t the world end?” I feel happy, because I received the following two replies on my CarolChapman8 Facebook Page:

All the positive thoughts were stronger, not to mention all those who weren’t thinking about it at all!

If thoughts are things, and 10% worldwide thought the world would end on December 21, 2012, why didn’t the world end? 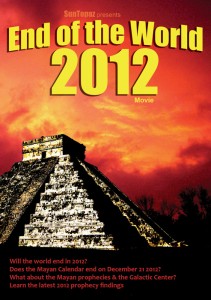 With all that fear floating around, did the world not end because:

2. It takes the thought of much more than 700 million or 10% of the earth’s population to cause massive earth changes

3.  There’s always a lot of human-based fear on earth. This  fear around the 2012 date, was just part of the usual mix and therefore insignificant

4.  Even though the mind of human’s may be full of fear, in balance, there are so many happy thoughts, grateful thoughts, and just the body’s innate will to live that counteract the surface fear of the mind

So, I’ve been thinking.  If all 10% of the world’s population were thinking and also feeling so much fear, why didn’t the world end?

Please understand, I’m not saying that the world should have ended, because the Mayan calendar ended on that date and the Mayan prophecy said the world was going to end. That’s total rubbish. If you’ve seen my movie End of the World 2012 Movie or read my books, End of the World 2012 Book and EBook, you know that I investigated the Mayan “prophecy” and discovered it wasn’t a prophecy at all. And, that, in the movie and books, I reveal places where archaeologists have discovered Mayan ruins with Long Count Calendar dates past December 21, 2012.

I’m really interested in your input on this topic. Part of the reason I made my movie and wrote my books, is that I wanted people to feel less afraid. So, it’s a topic I’ve been thinking about for a while.

What do you think? There should be a box under this post where you can make your comment.

Long count calendar date corresponding to the mythical Mayan creation date of August 11, 3114 BC. This image is in the public domain, because its copyright has expired.

Lorenzo DiTommaso, professor of religion at Concordia University in Montreal, says that because of the grassroots nature of the Mayan apocalypse predictions, believers in the world’s end on December 21, 2012, will not have a leader to express their dissatisfaction that what they were told did not come to pass.

An online article by LiveScience says that:

Rationalizing and attempting to explain away failure is common among failed doomsday groups, said Lorenzo DiTommaso, a professor of religion at Concordia University in Montreal. In some cases, groups even claim that their prayers saved the world.

The Mayan apocalypse is likely to be different, if only because the Internet is bursting with dozens of contradictory prophecies about the day, DiTommaso told LiveScience.

In my humble opinion, the belief in the end of the world was not only a grassroots movement fanned by contradictory Internet prophecies but was also touted by the conventional media. One of the reasons I wrote the End of the World 2012 EBook and Book, and made the End of the World 2012 Movie was because of a very convincing public television documentary on the 2012 Mayan prophecy that had upset a friend of mine. I set out to find the truth.

In addition, there were many, many books written by, for the most part, “new age” authors that appeared to be full of “scientific evidence,” when, in fact, if a person was to actually research the  Mayan calendar online in blogs by expert epigraphers or read books by Mayan experts, one would discover that many of the books had holes in their scientific evidence.

Perhaps those disgruntled believers actually do have leaders to show dissatisfaction with in these authors that wrote about fanciful events that were not the actual 2012 Mayan prophecies.

Will our world be dead tomorrow?

What do you think?

Are you afraid? Are you fatalistic? Are you bored with it?

This is an article published online on December 16, 2008, almost four years ago. Yet, when I viewed the sensationalist videos about the terrible hole in the magnetosphere, the videos sounded as if the huge hole was letting in damage from the sun that was going to annihilate all life on earth at any moment. Well, it’s been four years since this “hole” was discovered. At that time, it was not the first hole discovered. The main difference with previous holes in the magnetosphere was the way this one acted.

Dec. 16, 2008: NASA’s five THEMIS spacecraft have discovered a breach in Earth’s magnetic field ten times larger than anything previously thought to exist. Solar wind can flow in through the opening to “load up” the magnetosphere for powerful geomagnetic storms. But the breach itself is not the biggest surprise. Researchers are even more amazed at the strange and unexpected way it forms, overturning long-held ideas of space physics. . . .

That doesn’t mean something terrible and new is happening. It only means that scientists are learning new things about the earth, sun and solar system and this is something new they have discovered due to these new sophisticated instruments on the THEMIS spacecraft.

How are you feeling?