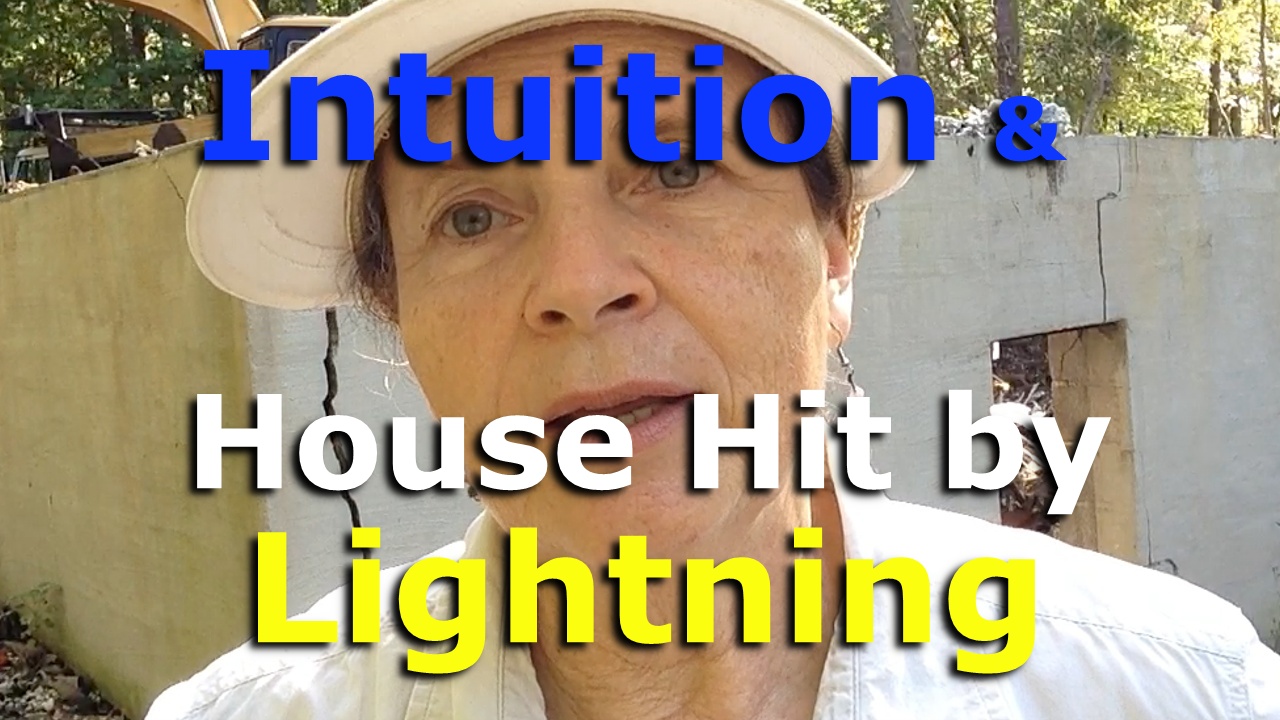 I learned one of the really important advantages and disadvantages of intuitive decision making when I ignored my intuition and the house got hit by lightning.

When my husband and I had been looking at the house to buy it, I heard and saw the biggest “NO” in my mind as we drove away from viewing the house. But, of course, my husband and I bought the house anyway, because we like it so much and couldn’t image what could be wrong with it.

Well, it wasn’t that there was something wrong with the house. It’s that your intuition can know way more than you can know consciously or emotionally.

In fact, I can’t believe our house was hit by lightning. I felt more than very sad. I felt discouraged and humiliated as if the Universe had struck us down with a bad omen. The following video shows the devastation caused by the lightning strike.

Fortunately, no one died in the fire. But, the house was a total devastation zone. It was truly a lightning catastrophe. Nothing was salvageable: even the foundation was destroyed by the explosion, the fire was that hot—so scary!

It wasn’t until the clean-up crew, a man with his excavator, came to haul away the damage that I could even talk about how bad I felt.

It was painful, but I learned how important it is to follow your intuition.

TIMELINE of the Video:

ATTRIBUTIONS FOR THE VIDEO:

At the beginning: Coming_Home by Dan Leibowitz, YouTube Audio

At the end: Bring_Me_Your_Sorrows by Dan Leibowitz, YouTube Audio

Rain-305: Footage by Vimeo-Free-Videos from Pixabay

Embers – 8625: Footage by KlausHausmann from Pixabay