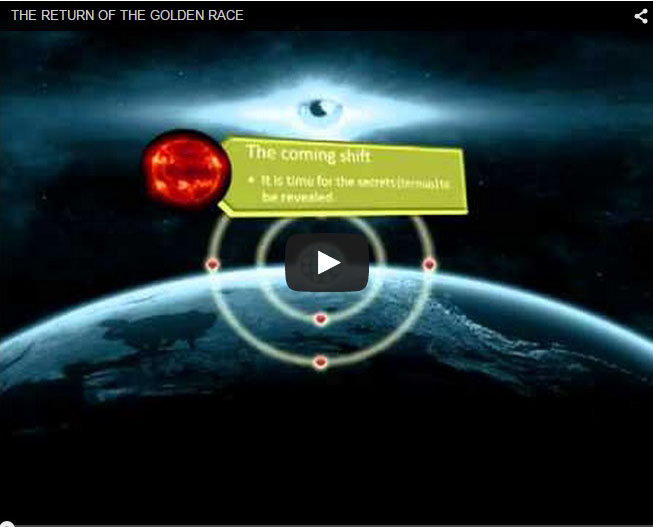 A Golden Ones video

I wonder: Is this Golden Ones video about the same Golden Ones that appeared in my hypnosis session when I revisited my experiences in the fabulous world of Atlantis? When I went to the hypnotherapist to lose weight, I had an unusual experience. While deeply hypnotized, I had a vision in which I was told that it was my purpose to awaken the Golden Ones. The Golden Ones were supposed to be those who decided, during Atlantean times, to reincarnate now to help bring in a New World. The time now is evidently similar to that time in Atlantis, when we were on the brink of self-annihilation. I wrote about the Golden Ones in my book of the same name and also in its revised, updated version, When We Were Gods.

Therefore, I was curious to watch this video on the return of the Golden Race, which is posted on “The Golden Ones Return” YouTube channel. The video is similar to my hypnosis session in that it is about an upcoming change in humanity. However, it is different from my information in that it focuses specifically on projected changes in the Carbon 12 atom. Yes, my information involved a new physical form, but it did not specifically go into the change on an atomic level. I also found the video a bit strange, because it is narrated by a computer voice.