The Empire Center Marquee, Richmond, BC

I love to visit Richmond, British Columbia, because it’s almost like going to China. Almost 50 percent of the population is from Asia. At times, with all the Chinese lettering on the shops, you almost think you are in China, especially in the Empire Center mall. If it wasn’t for the English letters on the sign, I might forget I was in Canada!

It’s such a wonderful place for taking video footage. On this day, I was looking for The Best Tea House, a tea shop I had found online, because of my fascination with drinking Chinese green tea and the lovely little teaware accessories found in Chinese tea shops. 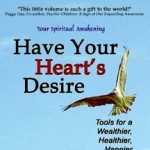 My fascination with green tea came as a result of doing the 40-day Manifestation Prayer, described in my latest book, Have Your Heart’s Desire. This is a wonderful prayer I learned from J. Everett Irion and is based on the spirituality messages in the Edgar Cayce readings. You have to pray the prayer every day for 40 days before anything happens. On the 41st day of my prayer for wealth, I ended up in front of a Chinese tea shop. This felt strange since I’d been praying for wealth, but, my doctor had recently told me to drink green tea as a preventative. When I went in the shop, I discovered that I’d been drinking packaged green tea incorrectly and was told the right way to drink green tea. Basically, the prayer had brought me to health, rather than wealth. Then, I realized that health is probably the greatest wealth on earth.

Store front of The Best Tea House, Richmond, BC

Tea with Michael Fung at The Best Tea House

So, on this day, I was happy to have found The Best Tea House in the Empire Center and went in to have some tea with the proprietor, Mr. Michael Fung.

(Photographs in Richmond, BC, by John J. Chapman, used with permission.)