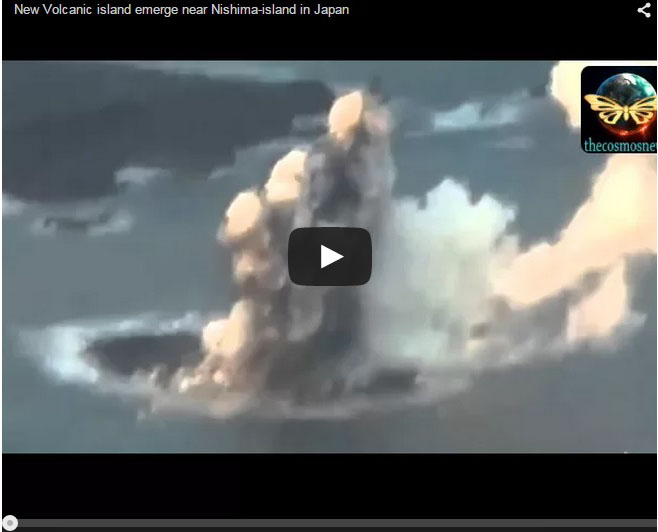 Fulfillment of Cayce prophecy? Volcano creates new Island off the coast of Japan

A volcano erupted off the coast of Japan on November 20th, 2013. You may wonder, as I did, if this volcanic activity could be the beginning of the fulfillment of the Cayce prophecy saying that:

The greater portion of Japan must go into the sea.

Yes, I know, this prediction says that much of Japan would become submerged under the water rather than that new land would appear. However, that new land is appearing is indicative of movement in the earth’s crust.

Nonetheless, as far as the recent volcanic eruption in Japan goes, if you watch the following video, you’ll discover that this particular volcano, which used to be underwater, also erupted in 1973. Since it already erupted 40 years ago, and Japan did not go into the sea at that time, I doubt this present eruption will lead to dire consequences.

Although you may find the electronically-generated narration annoying, this is the first YouTube video, among many, that I found on the topic with the information that the volcano had previously erupted in 1973. Here’s the video: