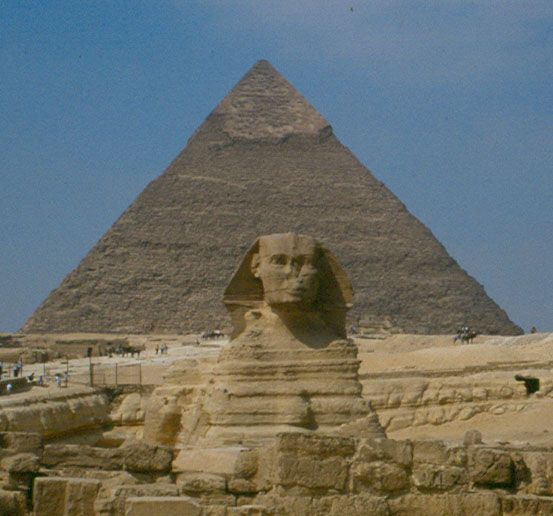 Atlantis and Its Colonies in Egypt and Yucatan

“With the realization of the children of the Law of One that there was to be the final breaking up of the Poseidian-Atlantean lands, there were the emigrations with many of the leaders to the various lands.” (Edgar Cayce Reading 1007-3)

According to the readings of Edgar Cayce, the ancient world did not resemble what we see on maps today. During the thousands of years that Atlantis existed, most of the present lands were under water, including most of North America. In this lecture, participants will discover what the earth looked like during Atlantean times and how very different people looked like then as compared to modern man. For example, Cayce explains in reading 5748-6: “See, most of the people had tails then!”

What kinds of people were these Atlanteans and how did their bodies differ from those of today? What did Cayce mean when he described Atlanteans as “thought people? Did they leave records of their civilization? What happened to Atlantis? Where is it now? Could you be a reincarnated Atlantean?

These questions and more will all be answered in this lecture on Atlantis:

• Why did the Atlanteans choose Egypt and Yucatan to colonize?
• Where did Cayce say we could find evidence of Atlantis?
• Is there a possibility that the ancient Egyptian and Mayan gods were actually Atlanteans?
• Who was Ra Ta? Who was Hept-Supht, and why did he leave Atlantis for Egypt?
• How does Cayce describe the root races? Is his prediction of the fifth root race tied to Atlantis?
• What on earth was the “mighty, the terrible crystal” and what was its role in Atlantean life? (Edgar Cayce Reading 519-1)

An award winning photographer who previously worked for NASA as a photojournalist, Carol includes the following photographs with her lectures:

Carol Chapman has traveled four times to Yucatan and once to Egypt using the Edgar Cayce readings and her own past life regression memories of Atlantis as a guide. She searched for indications of Atlantean visitors in these lands. She created the Edgar Cayce Divine in Nature Calendars and is also an independent filmmaker who produced the End of the World 2012 Movie and the travelogue, Yucatan Travel: Cancun to Chichen Itza.

She is an inspirational speaker, using participatory workshops and audio-visual aids in her seminars. Her style is fun and informative as she educates and entertains audiences in the U.S. and Canada.

“I felt compelled to thank you for your wonderful address at the Conference; it was refreshing and inspiring and with hilarious chicken stories to boot! It was the first time I heard about the ‘root races’ and an Atlantis remembrance. Very intriguing.” ~ Truro, Nova Scotia, Canada

Carol wrote of her adventures in When We Were Gods and Arrival of the Gods in Egypt. She has been featured on Art Bell/George Noory’s Coast-to-Coast AM and is the CEO of the publishing company SunTopaz LLC. She studied photography and filmmaking at Ryerson University in Toronto and has a Bachelors Degree in Journalism from Prescott College in Arizona.

Find the story of Atlantis and Its Colonies in Egypt and Yucatan in Carol’s books: